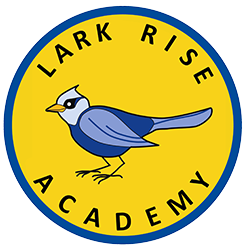 At Lark Rise Academy, the science curriculum intends to balance the knowledge that children require in order to understand their universe with the hands-on enquiry skills required to investigate it. Children leave Lark Rise being able to think like scientists. We intend for children to appreciate natural phenomena in the universe around them, know the important role of asking questions in being active, curious scientists and develop an appreciation for the power of rational explanation. Children genuinely see the value and importance of rigorous scientific processes and have a thirst to apply their knowledge and know ‘why’. By the time the children reach the end of their journey, they have progressed from learning science to having a true appreciation for the separate disciplines of biology, chemistry and physics and the offerings these disciplines contribute to the wider world. Enriched with texts, stories, songs and experiences from a range of experts in the field, children are immersed in opportunities to become passionate about current, modern issues in science and the impact and influence that a diverse range of scientists have had on the world.

‘Science knows no country because knowledge belongs to humanity and is the torch which illuminates the world.’ – Louis Pasteur

‘Science is simply the word we use to describe a method of organising our curiosity.’ – Tim Minchin

A few weeks ago, the children in Key Stage Two took part in a variety of activities as part of the Urban Tree Festival in association with the Royal Parks Trust. This was a lovely opportunity to take part in some cross-curricular activities with links to science. The activities were run as virtual workshops from experts and some of the children’s work was submitted as part of a competition. Well done to Oscar Longley and Bethany  Alexander from Lower Key Stage Two and Dylan Jackson and Sophie Cook from Upper Key Stage Two whose poems and artwork were published on the Royal Parks’ website.